When developing engine technologies, one breakthrough can lead to another. A good example of this is how Jacobs’ 25 years of Variable Valve Actuation (VVA) work led to Jacobs’ High Power Density® (HPD®) engine brake which opened the door to Cylinder Deactivation technology (CDA). Even though HPD and CDA serve different purposes, both operate by strategically disabling engine valves in cylinders, and both use much of the same componentry. This means HPD and CDA are modular technologies that can be integrated into an engine individually or together. It also means that although CDA is innovative, its hardware is well proven. 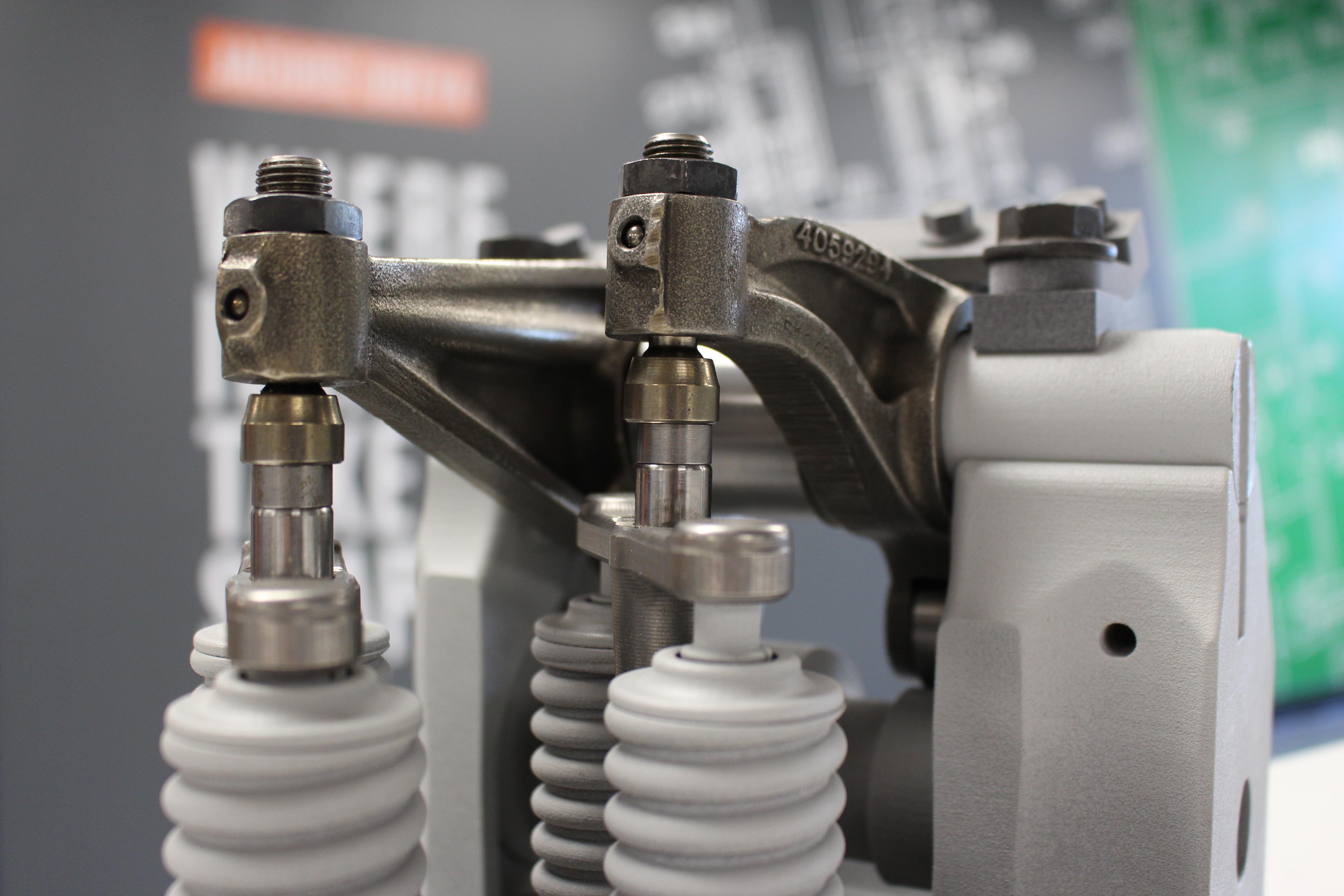 Whereas HPD's main function is to provide small and medium displacement engines with large displacement retarding power, even at low rpm, CDA's main functions are to raise exhaust (and thus aftertreatment) temperature to lower NOx emissions and improve fuel economy, at low loads. Though cylinder deactivation is employed by mainstream automakers in passenger car engines, Jacobs is the first to bring a robust version of this technology to medium- and heavy-duty engines of 7- to 15-liter displacement tough enough for the demands of this market.

CDA also improves fuel economy by increasing the load on the operating cylinders. With increased load, combustion efficiency is sufficiently increased to improve fuel consumption even when fewer than all cylinders are in operation. Incremental improvements in fuel economy are additionally gained from reducing camshaft friction, reducing pumping losses in part-load conditions, and reducing or eliminating the use of the intake throttle.

CDA is a more fuel-efficient alternative to exhaust gas recirculation (EGR), and a more fuel-efficient alternative to an after-engine fuel injector and catalyst, which raises after-treatment temperatures by injecting additional fuel into the exhaust system. In contrast to these current technologies, CDA successfully manages after-treatment temperatures from inside the engine at the same time as using less fuel. In fact, at the lowest engine loads and with three of six cylinders deactivated, fuel consumption improves by up to 20%.

Another advantage of CDA is the reduced total cost of ownership. And this is not only because of lower fuel bills: being an integrated engine technology, CDA requires less maintenance than external solutions used to raise after-treatment temperatures, meaning lower workshop costs and less downtime.

Desirable for cost savings, CDA is also becoming increasingly necessary for legal reasons. As regulators progressively tighten permissible NOx emissions levels, particularly when engines are in low-load or idling conditions, CDA is a logical solution, cleverly inventive but based on components with proven durability.